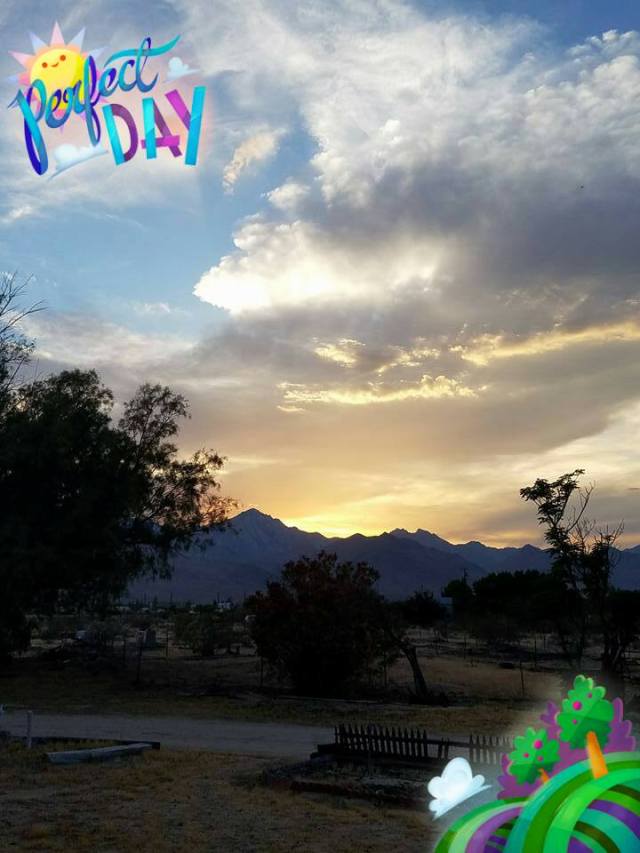 Looking back on last year!

So I’ve finally moved into my new house and will be starting my new job this week.  Above is a shot of the view, here’s a shot of the place in the distance.

Now, just about everything that can go wrong has pretty much gone wrong on the move.  First the house was supposed to be ready on the 20th which was perfect.  It meant I could fill up a Uhaul and unload at the house then return to Sacramento, pack up the last little bit in my car and be in town 10 days before the job started.  Well, the landlord (happily) decided to pull all of the carpet out of the house and put in new wood laminate flooring.  It looks great, unfortunately it meant the house wouldn’t be ready until the 25th.  This meant I know had to move from storage space to a new storage space 400 miles away and instead of off loading the majority of my stuff in one shot, I’ll be doing it for weeks one car load at a time.

I decided to switch phone providers due to poor service at the new place, so I switched, got a new Galaxy S7 that promptly went completely to crap on the drive down with the Uhaul.  So I got that replaced when I returned to Sacramento on my last day in town.  Of course, when I arrived at the realtor’s office on the 25th she said, “there’s a lot going on at your house.”  That was an understatement.  The floors weren’t done, this wasn’t a shock but the flooring wasn’t fully in, bathroom fixtures had been torn out, rooms that had flooring still didn’t have baseboards, washer and dryer pulled out as well as the gas stove.  Happily there is also an electric cooktop I can use.  Oh and did I mention the well pump had died, that’s right, no water, but I was told the pump would be in later that day.  Well it was in at 9PM the next night.

The stove was plugged back in the next night and when I went to light it, it did not work.  I would meet the owner the next day and find out that the previous renter had left a little gift by completely emptying the propane tank for the house.  So the stove wasn’t working because I’m out of propane, luckily, but expensively, the hot water heater is electric.  Oh and the air conditioning is not set up yet, no worries it’s the Mojave Desert, how hot can it get 🙂

I have also learned as I’ve been setting up the utilities that my house has two addresses.  One that totally makes sense, it’s the road the house is on.  The second for a street that honestly does not exist except in the mind of Southern California Edison, as they told me when I first called, your address does not exist.  But eventually I got the second address and the meter number and so now I exist in their eyes.

Snakes! Yes, that was the other thing the realtor told me the property has snakes and she was thoroughly freaked out about it.  But the snakes turned out to be gopher snakes, which eat mice, rats and other little critters so I’m actually happy they are here with me. I’ve named them Helen and George and they, as you can see in the first shot, are very fond of each other. 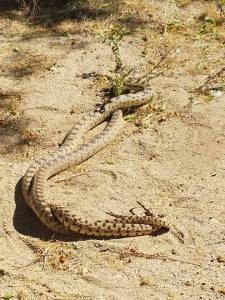 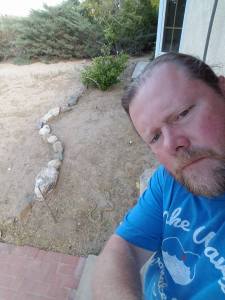 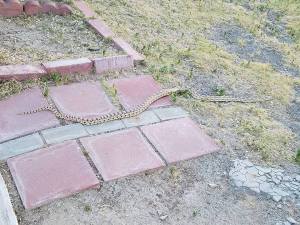 So the first night I set up my bed and found a good spot in the room but of course all of the outlets on that wall of the room were not functioning.  It would turn out to be a circuit breaker but it meant a little bed shuffling over two days.  I had cable installed so that I can also have internet, you know where this is going.  After a two-hour installation I was up and running, well so it seemed.  Once I finally had time to sit down and watch some TV a bunch of channels and the On Demand system weren’t working properly.  I called tech support the next day and they helpfully sent some magic signals along the cable lines to help fix the problem.  The net result was of course that now I have lost all of my HD channels, all of my premium channels, and the On Demand system in its entirety.  Thanks for the help, of course they’ll send someone out next Friday between 1 and 5 to help me out.  Thankfully my internet service is working.

It hasn’t been all bad, my new gym is ok and there is lots of wildlife on the property including hordes of rabbits.

There is also lots of random small statues and art pieces on the property.

And finally the views are spectacular 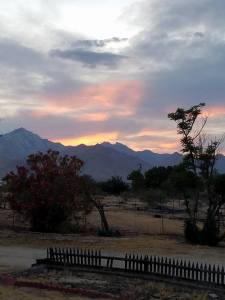 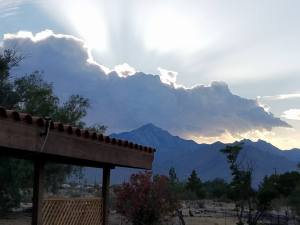 Now, I could be horribly frustrated, stressed out and really wound up about going to work on Wednesday with all of this going wrong.  Bad idea!  If I’ve learned anything about happiness while writing this blog it’s that attitude is everything.  You make a choice to be upset, to be frustrated to be stressed, or not.  I’m choosing gratitude, I’ve got a good new job, I have a beautiful house, with amazing views and lots of wildlife to watch and  I have internet service I’m thankful for all of that.  I’m a fortunate person overall because I’ve been smart and worked hard to get to this place.  I’m also staying positive, I believe my new job is going to be great and all of these quirks with the house will work out in the end.  That’s what this last year has really done for me, it’s really helped me get into a space where I can make the right decision about things,  the decision to be happy.  May you have many happy days my friends and you can, because the choice for happiness is up to you. ~ Rev Kane

Our Best Happiness Posts for 2015

Revisiting Some of Our Best Posts & Pictures

There are Angels Among Us: A True Story of Giving & Kindness

Happiness is Not Safety

Michael Kane is a writer, photographer, educator, speaker, adventurer and a general sampler of life. His books on hiking and poetry are available in soft cover and Kindle on Amazon.
View all posts by Michael Kane →
This entry was posted in personal happiness and tagged attitude, frustration, happiness, moving, positivity, problems, relax, work, zen. Bookmark the permalink.