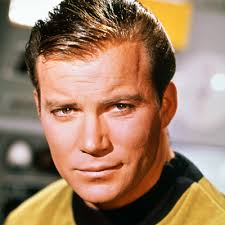 This is Fake News

There is a series I’ve always wanted to do, a book I’ve always wanted to write called 20 famous people worth having a beer with.  Essentially, I want to interview famous people who actually seem down to earth, people who for as famous as they are, seem like they’d still be regular enough people that you’d want to have a drink with them.  Since it is unlikely that I’ll get that opportunity anytime soon, I’ve decided to make up the interviews.  We all have so many imaginary conversations in our heads, I’ve just decided to have some of mine in the ether and share them with you.  This is meant to be a bit of fun, I hope it’s taken that way and hey, if any of the people I’m writing about, the living ones anyway, want to correct the record with an actual interview, I’m all in. ~ Rev Kane

So for those of you who have been living in a cave for the last 50 years with no access to television or radio or internet or access to a movie theater, William Shatner is simply one of the most recognizable humans on the planet.  He was an actor in the 60’s appearing in numerous TV shows including one of the most acclaimed Twilight Zone episodes in history, Nightmare at 20,000 feet, before landing the role he is most famous for, Captain William T Kirk of the Starship Enterprise.  Star Trek, through several incarnations of TV shows, multiple movies and reboots is arguably the most popular TV series of all-time.

But Shatner’s fame did not stop there, he would in the 80’s go on to be TJ Hooker in the series of the same name and became famous to a whole new generation of TV viewers. Then he became popular on TV again and insanely wealthy from his deal to do his Priceline commercials by taking stock options instead of pay, reportedly making $600 million.  One of my favorite things William Shatner has ever  done was an interview show called Raw Nerve.  In my opinion, it was the best interview show ever done on television.

Me: Excellent, that’s exactly the perfect segue into where I’d like to start.  You see, you’ve always reminded me of my father a bit.

Shatner: Hold on, when and where were you born?

Shatner: Ok, Thanksgiving 63, I can assure you I was no where near NY, I was filming in California.

Me: Ha ha Bill, wasn’t suggesting anything, just something in your mannerisms reminds me of him.  Perhaps that why I’ve always been such a fan!  I started early, watching Star Trek as a munchkin in the 60’s and then every episode of reruns on cable in the 70’s.  It was such a groundbreaking show, did it feel that way filming it?

Shatner: No, not most of the time, it was a job, on a show that frankly wasn’t getting great ratings.  It was until the famous kiss that I really had a sense that we were doing something special.  I never thought it would turn into what it did, or last the way it has!

Me: I think one of the funniest things I ever saw was your Trekkie skit on SNL.  How did that come about?

Shatner: Seriously, that skit is an ongoing conversation backstage at every CON ever!  I love the damn nerds, but….whew.

Me:  One thing I absolutely have to address with you is your show Raw Nerve.  I personally think that it is the single best interview show to have ever been on television.

Me: Why do you think that is?

Me: That’s it, that’s the whole answer?

Shatner: Who has the real interview show, who has the imaginary one?

Me: Excellent point sir, thank you for your time.

Michael Kane is a writer, photographer, educator, speaker, adventurer and a general sampler of life. His books on hiking and poetry are available in soft cover and Kindle on Amazon.
View all posts by Michael Kane →
This entry was posted in Happy Imaginings and tagged fake news, happiness, happy, imaginary conversations, interview, Saturday night live, star trek, this is fake news, trekkie, william shatner. Bookmark the permalink.