Let’s start out with one of my favorite pranks ever, a guy has tires and gasoline airlifted into a volcano with a sign that says April Fools.

The eruption of Mt. Edgecumbe

The fake eruption of Mt. Edgecumbe

In 1957, a British TV show did a 3 minute segment on a bumper crop of Swiss Spaghetti, just awesome! 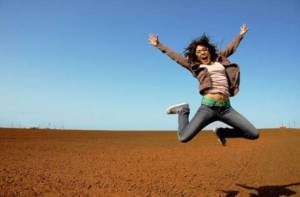 During an early-morning interview on BBC Radio 2 in 1976, the British astronomer Patrick Moore announced that at 9:47 AM that day a once-in-a-lifetime astronomical event was going to occur. Pluto would pass behind Jupiter, and this planetary alignment would temporarily counteract and lessen the Earth’s own gravity. Moore told his listeners that if they jumped in the air at the exact moment the alignment occurred, they would experience a strange floating sensation. When 9:47 AM arrived, the station began receiving hundreds of phone calls from listeners claiming to have felt the sensation. One woman reported that she and her friends had risen from their chairs and floated around the room. Moore had intended his annoucement to be a spoof of a pseudoscientific theory that had recently been promoted in a book called The Jupiter Effect, alleging that a rare alignment of the planets was going to cause massive earthquakes and the destruction of Los Angeles in 1982.

Michael Kane is a writer, photographer, educator, speaker, adventurer and a general sampler of life. His books on hiking and poetry are available in soft cover and Kindle on Amazon.
View all posts by Michael Kane →
This entry was posted in Random Happiness and tagged alaska, april fools, blog, fun, happiness, hoax, laughter, prank. Bookmark the permalink.