So I’ll be writing two versions of my 5th day on the Great Glen. The first will be the fairly standard trip report of the walk with some pictures. That’s the one you’re reading now. The second will be a slightly embellished more literary version about getting lost on a mountain in Scotland on the back end of my hike, and being “rescued” by a dog named Honey. Comparing the two accounts should give you some interesting insight into my writer’s mind.

The day got off to a late start as the BnB didn’t even start breakfast until 8AM. So I was a little worried about making the 6PM checkin time in Inverness,  silly I know but I don’t like to inconvenience people.  The 20 mile section started with the highest climb of the trip. Although steep at points it was mostly a steady long climb over beautiful forest trails. The full climb but plus a second peak took almost two hours. 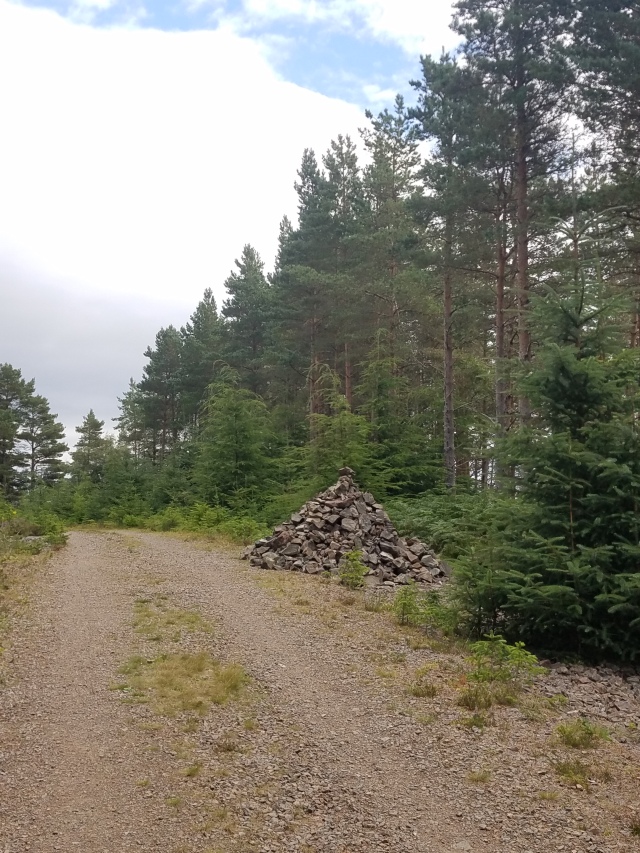 The middle section of the hike was reminiscent of the West Highland Way. We we were on top of the mountains walking alternately between cut and growing stands of spruce forest with moors full of heathers in between. Pleasant walking as the sun was out and the midges were not.

I had decided to try and avoid my standard long day heat rash by only wearing my liner socks, mistake. I did avoid the rash but ended up with a huge heel blister on one foot. Yes, I had in fact remarked the day before about how I rarely get blisters. Totally cursed myself.

It was a pretty day but my energy was waning, my head was as ready to be done as my feet. On a lunch break I once again ran into the lads from Glasgow and we had a nice chat on the side of the road. The last six miles of the trail were a gradual descent into Inverness, well at least it was supposed to be.

We came to a gate that indicated a diversion on the trail, that I promptly missed.  But I knew something was up and waited for the person just behind me on the trail to catch up. When she didn’t I knew I had to backtrack.  Eventually, I would find her, then 4 guys from Prague wondering around with some loose idea of where we should be going. There were no signs or at times official trails.  After some time and losing the boys, we just decided to go downhill.  In the end and finding a dog named Honey, it worked out and we made the final walk to the castle and the finishing sign. 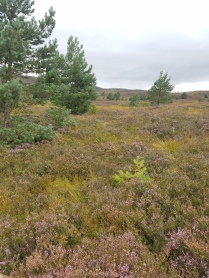 I’ll have more thoughts on the overall experience in another post but it was a happy two weeks in a beautiful place with nice people and I’m glad I came.  Hope you are having a happy day as well my friends. – Rev Kane

Michael Kane is a writer, photographer, educator, speaker, adventurer and a general sampler of life. His books on hiking and poetry are available in soft cover and Kindle on Amazon.
View all posts by Michael Kane →
This entry was posted in 2018 Adventure and tagged adventure, behappy, happiness, hike, hiking, scotland, Trail, travel, Uk, walking. Bookmark the permalink.