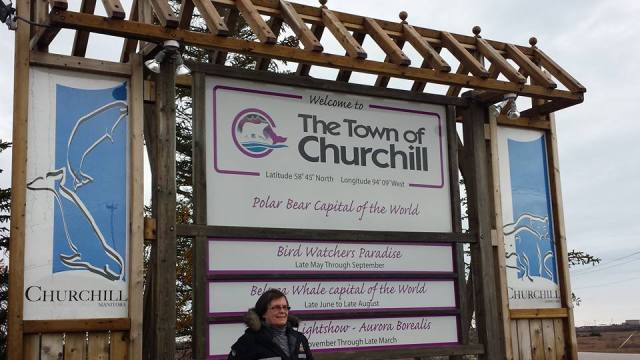 I have wandered all my life, and I have also traveled; the difference between the two being this, that we wander for distraction, but we travel for fulfillment. ~ Hilaire Belloc

As many of you know, a little over a year ago I sold my house, quit my job and hit the road.  I spent the Summer hiking 1000 miles on the Appalachian Trail, my thru-hike ambitions were cut short by a knee injury.  But after rehabbing my knee I went north to check off an item on my bucket list that has been near the top for the last couple of years and this is the fourth and final part of my writing about the trip.  Here are the links to the previous parts:

Part 1 – The beautiful tundra and our first bear

We left the lovely Tundra Lodge to spend two nights in Churchill. Churchill is a small town, less than a thousand residents.  Basically a main street with a couple of side streets.  There is some local art on display in the town park and a cool museum we visited, all in all the stay in town was pleasant.

From the museum, my favorite piece at full-size and the rest are thumb nails, just click on them to enlarge them:

So he’s got a knife in his head, he’s smoking a cigarette and petting a polar bear, ONE BAD DUDE!

I have long been fascinated with Churchill, the Polar Bear capital of the world.  I had images in my head of having to dodge packs of marauding polar bears in the streets.  Reality rarely meets the expectations of my imagination.  Don’t get me wrong, people do get attacked by polar bears in Churchill.  It’s just not a common occurrence and once you are there you realize why.

These signs are at the edge of the town and the beach areas, anyplace where bears typically come through.

People in Churchill take the threat very seriously.  I had heard once that people in Churchill don’t lock their car doors.  They do this so people can quickly find shelter if there is a bear on the street.  I asked about this when I got there and it’s absolutely true.  The town has full-time employees that patrol the town during bear season 24 hours a day.

They typically act to dissuade the bears from coming into town with firecracker rounds, lights, etc…  If however a bear cannot be convinced, or if one slips in unnoticed, (we had two in two nights while I was there), then the critter goes to polar bear jail.  Basically the bear is trapped and put in a confined area until the ice freezes over.

There are only so many cells however and if the jail gets filled up before the ice comes, or if a film crew just happens to be in town and is willing to pay, they fly bears out north of town.  The bears are tranquilized and transported, little bears ride in the seats with their seat belts on, big bears, well, it’s easier to show you than to explain it.  The blind-fold by the way is to keep their eyes from freezing shut. 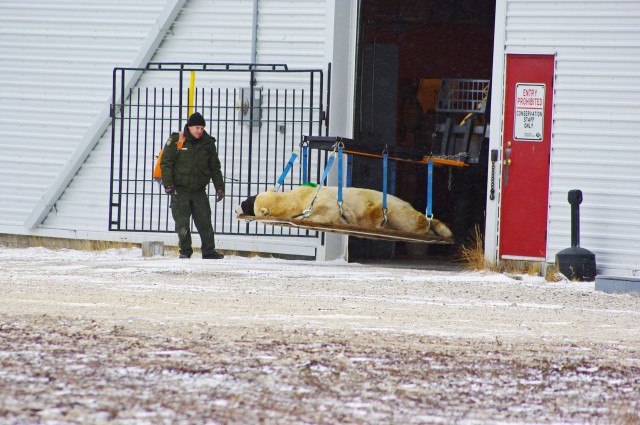 This whole operation was pretty amazing to watch and another major score for an already amazing trip.  We really got lucky and got to see almost everything you could possibly see on a trip like this.  We had a presentation by a local elder that night after dinner that was amazing, she told the best stories, my favorite and certainly hers was one her grandfather would only tell when her mother went to wash the dishes, it was called, why men never marry skinny women.  She was an absolute trip.

The next day we were out scouting wildlife again and had a few sightings worth showing.

However the highlight of the day was an opportunity to go for a dog sled ride.  Now, I’m not real comfortable around strange dogs, so the thought of being in a sled dog yard with dozens of large, strange dogs was not something I was looking forward to at all.  My opinion was quickly changed once I arrived, the dogs were amazing, friendly, so much so that they would bark and whine if you stopped petting them.  We did a quick loop with dogs and met with the owner for a time to learn a bit about the culture of dog sledding, it was another amazing activity and one I hadn’t expected to enjoy. 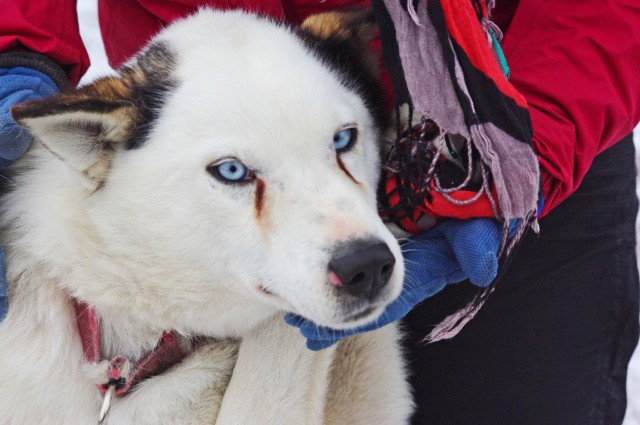 That night, our last night, we had dinner and another presentation but I passed and crashed as I was tired.  I was happily interrupted by people banging on the door, we had Northern Lights again.  The display was not nearly as amazing as the other night, but still pretty damn cool and another chance to practice my aurora photography skills, unfortunately town and car lights made it tough.  Here’s a few shots of our final night’s lightshow. 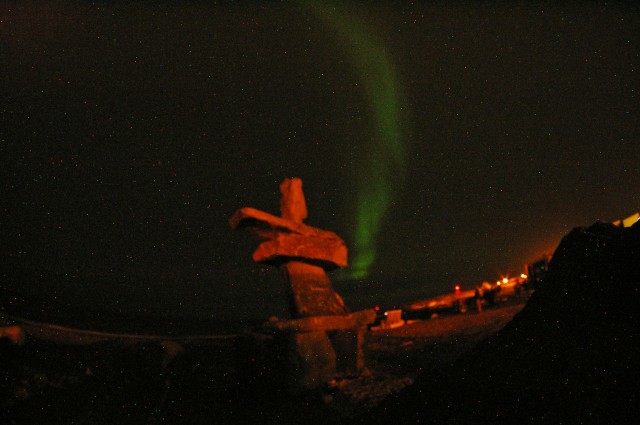 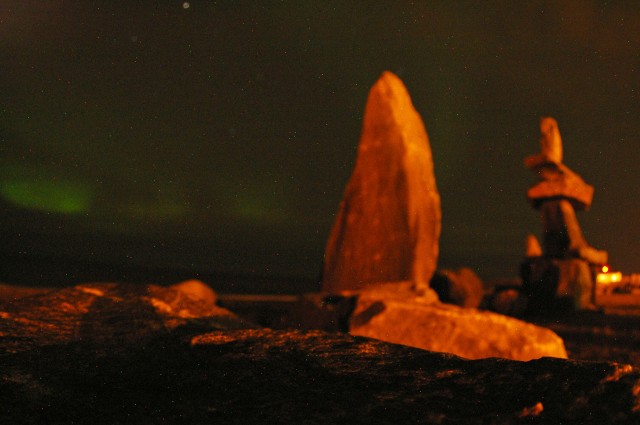 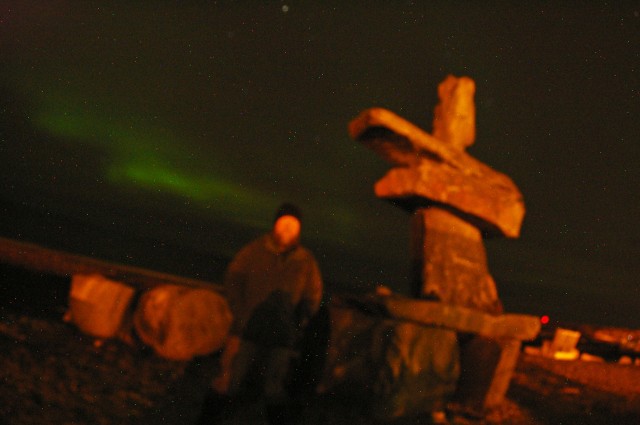 Another attempt at an aurora selfie.

The whole trip was magnificent, I spent a LOT of money for the week and it turned out to be worth every penny.  We had great weather, cooperative wildlife, amazing auroras, good people and wonderful staff.  Even the food was good which was a very pleasant surprise.

Finally, just some random shots that I didn’t find a place for in the pieces, enjoy and have a happy day my friends. ~ Rev Kane 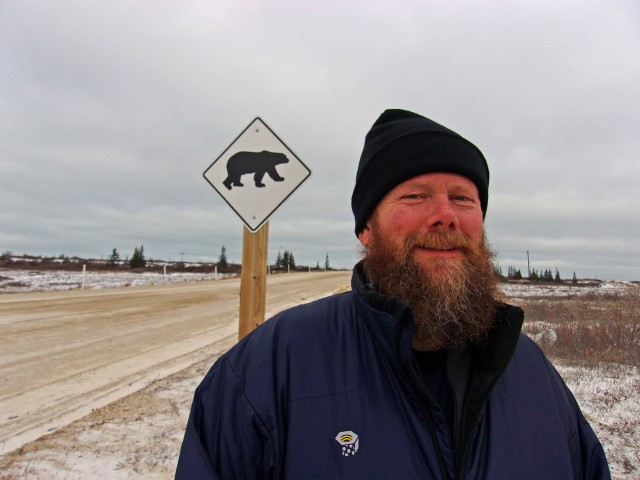 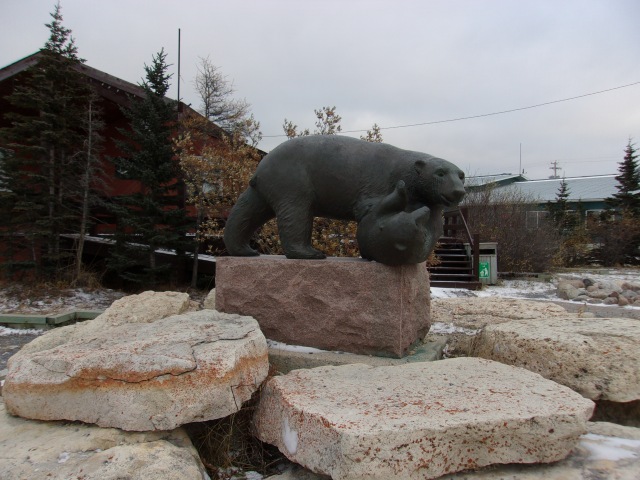 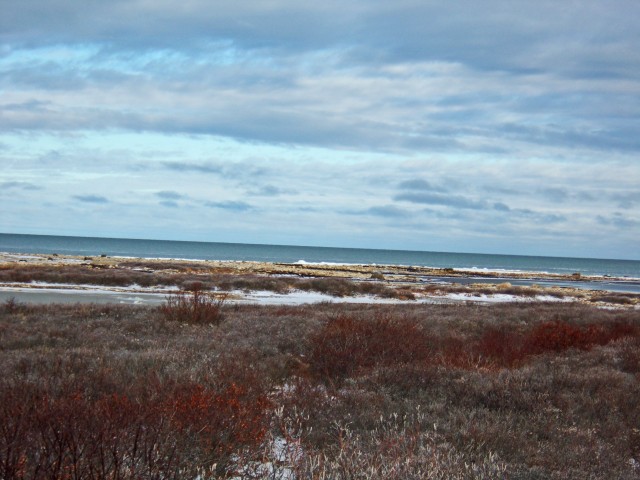 Rev Kane relaxing on the rover deck in the snow flurries

Michael Kane is a writer, photographer, educator, speaker, adventurer and a general sampler of life. His books on hiking and poetry are available in soft cover and Kindle on Amazon.
View all posts by Michael Kane →
This entry was posted in Happiness is Adventure and tagged adventure, arctic, canada, churchill, happiness, Northern lights, Polar bear, travel. Bookmark the permalink.