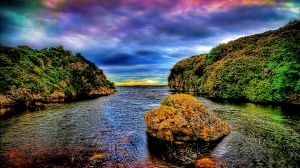 Tonight, a collection of several great American Poems, enjoy my friends and have a happy day ~ Rev Kane

I start of course with my favorite poet, Charles Bukowski, a brutal little piece about the pretty people.

What’s the Use of A Title?

One of Langston Hughes’ simple, short and powerful pieces.

I Too Sing America

One of my favorite pieces by Maya Angelou

Allen Ginsberg’s and anthem for the beat generation and one that still reads with great impact.

Michael Kane is a writer, photographer, educator, speaker, adventurer and a general sampler of life. His books on hiking and poetry are available in soft cover and Kindle on Amazon.
View all posts by Michael Kane →
This entry was posted in Happiness is Poetry and tagged bukowski, emily dickinson, happiness, happy, langston hughes, maya angelou, poems, poetry, quote, writing. Bookmark the permalink.