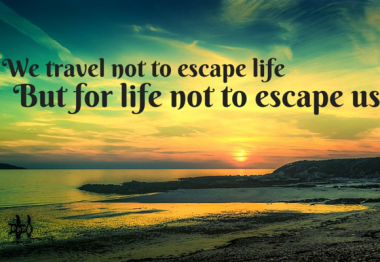 So, after 11 weeks of insane levels of work and then a couple at the normal insanity levels, I finally was able to take my first vacation days since returning from Mardi Gras at the end of February.  I had originally planned a trip in March to Las Vegas, but as the coronavirus started to rage I cancelled the trip, which worked out as Vegas shut down on the week I would have been going.  Given our new reality flying to Vegas didn’t seem like a great idea.  I don’t like the idea of being on an aircraft particularly if they fill the middle seat, so I opted for a safer option, the good ole fashion road trip.

I decided to stay in Reno for a couple of days, including doing a day trip out to Virginia City to photograph the Silver Terrace Cemetery.  I had tentatively planned on stopping at a beach in Lake Tahoe on the way home but plans changed.  Finally I spent the last night in Sacramento and headed for home. 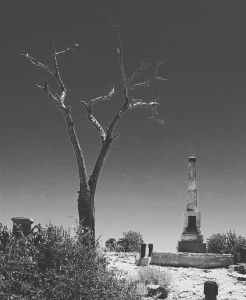 I decided to stay at the Silver Legacy, a place I’ve stayed many times before.  The check-in procedure on paper seemed a bit daunting, reading the sign upon arrival confirmed the process I was expecting:

The process was supposed to be that you need to wear a mask, pull it down and show ID to verify your identity and then have your temperature taken.  Once you’ve been verified you were to be given a wristband that verified you’d been through the checkpoint.  So I arrived and as I walked up the security guard stepped out and handed me a wrist band.  As I approached the desk I was still trying to put the wrist band on and the desk clerk says to me, “you don’t have to wear that.”  So much for the daunting check-in process.

Other than that little glitch the precautions that were required seemed to be being carried out.  No two machines next to each other were working: 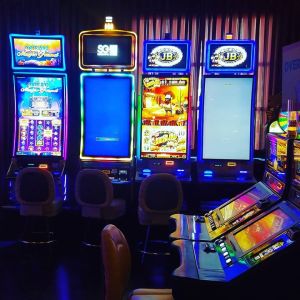 There were hand sanitizer stations everywhere:

Any place that lines might occur there were the standard stand here stickers:

I definitely saw a little more frequent cleaning than normal, staff wiping down machines and railings.  Being just after the Fourth of July holiday things were pretty quiet.  But that also meant a lot of the restaurants weren’t open, there was no entertainment.  So for meals I did local takeout and that worked fine except when I walked out to a taqueria across the street from the casino.  On the way back I realized that they were controlling entry points as you could only re-enter through the valet or parking garage.  It meant a bit of a walk but controlling entry with temperature checks would definitely work, however, as related above, I didn’t see any temperature checks occurring.

Inside the casino people were the way people are, most were wearing masks, some of course not covering their nose making the masks completely ineffective.  There were also the people not wearing masks at all.  In the bar areas this was expected, but in other areas people were also at times not wearing masks.  All in all it felt generally safe, as safe as any indoor set up could be.  I felt generally ok and spent some time playing video poker, in fact ended up winning a couple of hundred dollars.  However, the game I most like participating in, craps was another reality.  On the craps table everyone was wearing masks, and they were standing with an empty tables spot between them.  I just didn’t feel comfortable knowing I’d likely be on a table in close proximity with 6-8 people for possibly an hour.  Even with masks, and perhaps I was being overly cautious, it seemed to be a bit too risky.

Staying in hotel rooms felt fairly safe.  Of course I brought a container of Clorox wipes with me.  I wiped down every surface that I thought I would touch in the room, and the remote twice!  In considering going to Vegas I had read some pieces on what they were doing in the hotels there.  There were signs in the room about cleaning, the remote encased in plastic, little gift bags with paper masks and hand sanitizer.  But Reno is the poor man’s version of Vegas, there was a piece of paper mentioning the cleaning and listing what was open, no freebies, not masks with marketing on them.  There is no daily maid service without a request.   The hotel in Roseville, was a little better set up at entrance, but the night clerk didn’t have a mask and was hanging out in the lobby with a friend also not wearing a mask.  The morning clerk at check-out was also not wearing mask, that was a bit disconcerting.

In general the whole adventure was fine but a bit nerve wracking.  I was happy to get away for a couple of days and even on the last night snagged a pizza at my favorite place in Roseville, Celestinos.  In fact, I had one of the best pies I’ve ever had there this trip.

Now of course the we play the waiting game, for the next ten to fourteen days every cough, any little headache, any moment of not feeling well and I’ll wonder.  But that’s the reality now in COVID times. ~ Michael Kane

Michael Kane is a writer, photographer, educator, speaker, adventurer and a general sampler of life. His books on hiking and poetry are available in soft cover and Kindle on Amazon.
View all posts by Michael Kane →
This entry was posted in Life in Covid Times and tagged casino, coronavirus, COVID, covid life, covid times, gambling, pizza, reno, road trip, travel. Bookmark the permalink.