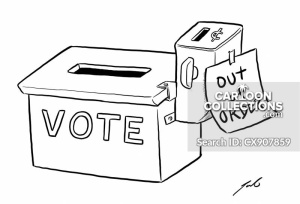 I haven’t written a COVID Times post in a while, I guess to some degree life in the slow motion apocalypse has become normalized.  However, as 2020 has been an incredibly unique year, it seemed fitting to do a post on the presidential election during the apocalypse.

This year has been unprecedented in so many ways, just this week hurricane Eta formed in the Caribbean.  That means 2020 is tied for the largest number of hurricanes ever during the Atlantic hurricane season, and there’s still time for more.  Recently, up in Washington state, officials removed the first murder hornet nest.

Of course the biggest ways 2020 is unprecedented is of course the COVID 19 pandemic.  As of today there are over 9.25 million documented cases of COVID infections with over 230,000 people dying from the disease.  Currently we are experiencing around 90,000 infections per day with 1,000 deaths.  We are likely about to be the first country on Earth to average 100,000 infections a day.  Given cold weather, flu season, Halloween, Thanksgiving and Christmas all coming roughly four weeks apart, and people not wearing masks and social distancing, numbers are likely to continue to rise.

But today, Tuesday November 3rd, one of the most divisive elections in modern American history is occurring.  Our current president has said that if he doesn’t win, the election must be rigged, he’s constantly claimed there will be fraud, and has dog whistled to white supremacists about needing their support.  He has also recruited “poll watchers” across the country for election today.  So given all of these things, people on the left are worried about violence if the president loses.

Now, the president has spent the last year demonizing groups like Black Lives Matter (BLM).  Conspiracy theorists on the right have claimed that BLM is coming to suburbia to destroy neighborhoods and murder people, they have claimed that BLM started the forest fires in Oregon last month and generally have suggested that if the president wins, radicals on the left will burn buildings and murder citizens, so people on the right are worried about violence if the president wins.

This is America in COVID times, people living under pandemic conditions in a horribly politically divided country with everyone afraid there will be violence.  So in America that means people run out to buy guns and ammo.  Lines are constant outside gun stores even here in the Bay Area, one of the most anti-gun areas of the country.  Just this week Walmart decided to take ammo off the shelves due to potential election violence, then reversed themselves and international election workers warned of potential violence.

Regardless of the outcome, I hope the people expecting violence are wrong.  But with what is on social media, in the most divided America I’ve lived in, with the number of guns and ammo people have, nothing would surprise me.  Hopefully my next COVID Times post won’t be recounting the violence and the dead over an election.  Stay safe, be careful and please, please, please, wear a mask when around others.

Michael Kane is a writer, photographer, educator, speaker, adventurer and a general sampler of life. His books on hiking and poetry are available in soft cover and Kindle on Amazon.
View all posts by Michael Kane →
This entry was posted in Life in Covid Times and tagged apocalypse, coronavirus, COVID 19, covid times, election, election violence, trump, voting. Bookmark the permalink.