My COVID Times Diary: Let’s not flip the switch just yet

My COVID Times Diary: Let’s not flip the switch just yet 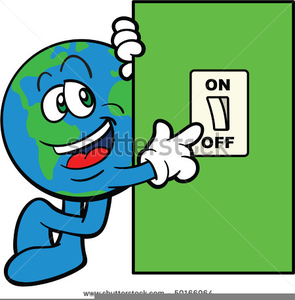 Well, I think we tried very hard not to be overconfident, because when you get overconfident, that’s when something snaps up and bites you. ~ Neil Armstrong

At the time I’m writing this approximately 345,000 Americans have died from the coronavirus and almost 20 million have been infected.  Also, a new variant of COVID has been detected, a new mutation.  This is not even remotely unusual, viruses mutate frequently, unfortunately this most recent mutation apparently is more transmissible than the earlier variants.  Not more virulent, just more transmissible.  So it means that it will be easier to get infected but not more likely that you’ll die from the disease.  However it’s a numbers a game, and even if it’s not more deadly, if people get more easily infected, more will get ill, more ICU’s will get flooded and lose capacity, and more people will die.

But there’s light at the end of the proverbial tunnel, several vaccines have either been approved or are in the approval process, people have begun to get vaccinated.  What I want to talk about tonight is the overconfidence many people seem to have about what’s happening.  As the vaccines were approved, politicians, as they will do, made grand statements about the speed in which people will get vaccinated.  It’s important to keep in mind that the only vaccines currently approved need to be given to each person twice.  So if there are two million doses, one million people get vaccinated.  Politicians pronounced that by the end of 2020, twenty million Americans would get vaccinated.  Here, on January first I can tell you the number is between 2 and 3 million.  So we missed out target by about 87%.

The problem isn’t with the pace of vaccinations, it makes perfect sense that doing this type of rollout would have a lot of logistical difficulty.  Particularly doing a rollout around the holidays, when hospital staffs are stretched to the maximum at the height of a pandemic.  The pace will certainly pick up through the new year as additional staff are hired, the holidays are over and the logistics begin to get worked out.  The problem is the impact that the initial misinformation has on people.  There are roughly 330 million people in the US, about 210 million adults, and 120 million children.  Let’s focus on just the adults for this conversation.  We’ve heard a lot from politicians about having everyone vaccinated by summer.  So that’s 120 million people vaccinated in six months.  For that to happen, we need to vaccinate 20 million people per month, ten times the rate we achieved in January.  If we talk about even wanting to vaccinate older children that number goes up to 25 million per month.

I work in education, and all across education there is a lot of discussion about school in the Fall of 2021 being relatively normal.  That would mean a large percentage of the population being vaccinated, enough so that social distancing requirements could be relaxed.  This is what has to happen for schools to be able to fill classrooms, as classrooms don’t fit full capacity while maintaining six foot distances between students.  Now those of you who are logically and mathematically inclined are likely thinking, hey buddy, school doesn’t start until Aug/Sept so you really have 8 full months to get everyone vaccinated.  The problem is that schools and colleges need lead times to prepare for whatever mode of education that they are in.  You can’t just wait until August first to decide what you’re doing.  Is it possible that we’ll get there?  Absolutely, is it likely? Well, let’s look at that.

In addition to the logistical issues that I’ve mentioned, we have a few additional issues to face.  The first is that for one of the vaccines specialized freezers are needed and if the vaccine temperature comes up to room temperature the doses have to be used within 48 hours or be discarded adding to the logistical puzzle.  There also are some issues with getting the vaccine raw materials in order to meet production schedules.  Finally, there is the issue of vaccine hesitancy.  In fact, even some health care workers have been hesitant and have refused to get the vaccine.  Now, additional vaccines are in the approval process and certainly they will help with the issue.

So what I want to make sure people do is not flip the switch so fast and assume all of this is over.  We’ll be wearing masks at least until August and in fact, given social gatherings over the holidays, we’re likely to see up 90,000 deaths just in January.  So be vigilant friends, and don’t make that mental jump just yet.  It’s not good for your psyche or your happiness.

Michael Kane is a writer, photographer, educator, speaker, adventurer and a general sampler of life. His books on hiking and poetry are available in soft cover and Kindle on Amazon.
View all posts by Michael Kane →
This entry was posted in Life in Covid Times and tagged coronavirus, COVID, COVID 19, covid variant, school, vaccine, vaccine hesitancy. Bookmark the permalink.

2 Responses to My COVID Times Diary: Let’s not flip the switch just yet