Happiness, asking for what you really want

Happiness, asking for what you really want 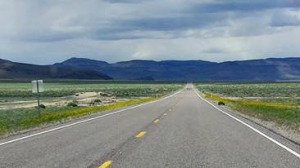 Happiness is asking what you need

There are two things to aim at in life:  first, to get what you want; and after that, to enjoy it.  Only the wisest of mankind achieve the second.  ~Logan Pearsall Smith

Recently I saw a post on Facebook where a person was both thanking their friends and also pointing out how Facebook shows who really cares.  This person was upset because while they had been going through a tough time they had asked their friends for prayers.  They decided that the people who responded to the post were the people who really cared about them while those who didn’t respond obviously didn’t care as much.

This post really got me thinking, the person had asked people to pray for their family.  Now it’s not a far out thought that someone could have seen the post and actually prayed for this person’s family which was exactly what this person had asked for in their original posting.  But was that in fact what they wanted?   I would venture it wasn’t given the nature of their second post.  You see, whether they had consciously processed this or not, prayers were in fact not what they wanted.  What this person wanted was acknowledgment from their friends that they cared, a kind of electronic hug.  This person was angry with people who didn’t provide that, people who didn’t provide something they had not been asked to give.

Asking for what you want

This whole situation echoes something that happens in all of our lives.  We often find that people are upset with us, or we’re upset with them, because they did not give us what we wanted from them.  What we should do in those situations is take a moment and really examine what we asked for, were we clear?  Did we ask for exactly what we wanted or were hoping others would intuit what wanted from them?  I know at times, particular with those closest to us, that we hope people will just understand what we need, no matter how well they know you, they rarely can.  Life is so much simpler, so much easier and happier if we ask for what we truly need from others.

So today, let’s make an effort to be clear, to ask for what we really want so we can all have a happier day my friends ~ Rev Kane

Resources to Boost Your Mood

On Being More Mindful

The Power of Hugs

How to be Happy

Michael Kane is a writer, photographer, educator, speaker, adventurer and a general sampler of life. His books on hiking and poetry are available in soft cover and Kindle on Amazon.
View all posts by Michael Kane →
This entry was posted in personal happiness and tagged asking, asking for what you want, being clear, caring, family, friends, happiness, hug, life, prayer. Bookmark the permalink.