No Rest for the Wicked

No Rest for the Wicked

So last night was one of those cup issue nights. You know half empty, or half full?  You see there was a fiesta in the harbor last night.  So of course, there was a band, a rock band, an  enthusiastic and energetic rock band.  They wrapped up their final set at 5AM.  As you can see from the photo, my room was close to the harbor.

The hotel owner had warned me the band might play as late as three. You have a choice, be miserable or go with the flow.  There is another band tonight, lol, welcome to Spain.  No big deal, just sleep in, well until 9:45 when they started firing the cannons for the flotilla.

I gave up and did the hike to the lighthouse at the end of the world. 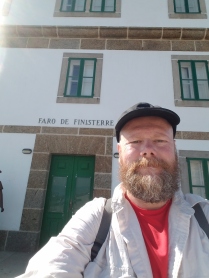 It was a beautiful day and hike.

Took a little dip in the ocean afterwards and had a nice dinner, definitely a half full kind of day. – Rev Kane

Michael Kane is a writer, photographer, educator, speaker, adventurer and a general sampler of life. His books on hiking and poetry are available in soft cover and Kindle on Amazon.
View all posts by Michael Kane →
This entry was posted in 2018 Adventure, personal happiness and tagged adventure, End of the world, happiness, hike, positivity, spain, travel. Bookmark the permalink.