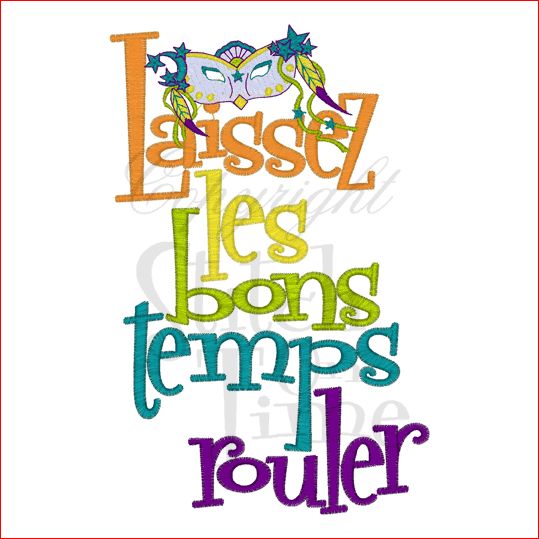 I was a weird kid, which probably goes a long way to explaining why I’m a weird adult.  I was the only kid I knew who didn’t like parades.  I mean really, go sit on a curb for an hour or so, you know so you don’t lose your good spot.  Watch a bunch of old guys and little kids all bored out of their minds come walking by, marching bands, bad marching bands.  A few fire trucks, some really sad-looking clowns all for what?  Never got the excitement around them. 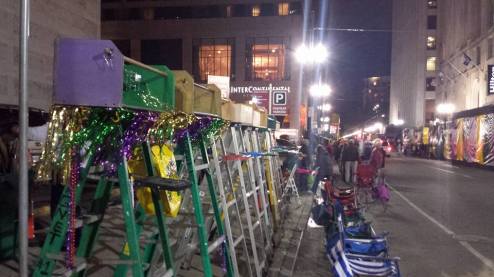 Seat ladders for the little ones

Then some years ago I checked off a bucket list item and attended my first Mardi Gras in New Orleans.  I wandered up St. Charles and took a spot in the crowd near one of the barriers and waited on the parade to come.  There was a bit of a flashback, there early, by the curb waiting.  People seemed generally happy and were very friendly.  Little kids propped up on ladder seats, people with coolers, who once they found out it was my first parade started sharing all sorts of food and drinks with me. 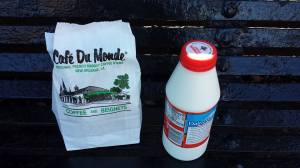 Then the parade came, this was not the lame old parade I was used to in my childhood.  First the floats were huge and really well done.  The marching bands were really talented.  You could hear the crowd screaming with joy as the parade came down St. Charles.  Then the first float arrived and the krewe on the float was throwing beads and stuffed animals and cups and medallions.  People were going nuts for these throws coming off of the floats and honestly it’s almost impossible to not get completely swept up in the madness, I was not immune.  I was instantly in love with Mardi Gras parades. 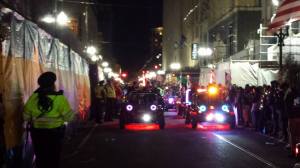 I often tell people that I love Mardi Gras and I typically get, “not me, all the nudity and drunkenness is a turn off.”  It’s at that point I know they’ve never done a Mardi Gras parade.  What they are relating is the drunken debauchery, the giant frat party that Bourbon Street has turned into during Mardi Gras.  literally the place I spend the least amount of time when I’m in New Orleans for Mardi Gras.  I love attending the parades and I love shooting photos in New Orleans, at the parades and around the city in general and then there is the food, my god the food.  New Orleans is an eaters paradise.  At any level of culinary snobbery there are places to eat.  I’m not a five-star restaurant guy I prefer beignets and the cafeteria magnificence that are places like Mothers and Willie Mae’s Scotch House.  Give me a muffaletta at the Central Grocery and I’m a happy man.  Opportunities for Gumbo and Po’boys abound, eating there is such a pleasure. 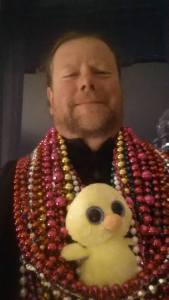 This Mardi Gras in NOLA was no exception.  I had a blast, met great people at the parades and hung out with folks from NOLA, Virginia, Amsterdam and China.  Caught lots of beads and great throws and ate like a starving man several times a day.  I’ll do a post in a few days with more photos I shot on the trip.  So Happy Fat Tuesday, Happy Mardi Gras and have a happy day my friends ~ Rev Kane 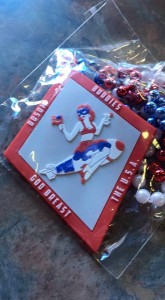 How Travel Makes You Happier

Our Best Happiness Posts of 2015

My favorite Appalachian Trail Photos of 2015

Michael Kane is a writer, photographer, educator, speaker, adventurer and a general sampler of life. His books on hiking and poetry are available in soft cover and Kindle on Amazon.
View all posts by Michael Kane →
This entry was posted in Happiness is Adventure and tagged beignets, cafe du monde, fat tuesday, happiness, Mardi Gras, new orleans, parades. Bookmark the permalink.