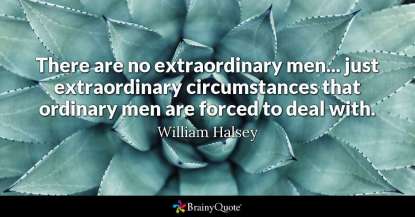 None of us will ever forget living through 2020, first of all, pre-2020 this is what a lot of us were excited about:

Then of course the pandemic hit, in February we were concerned, by March we were nervous, by April most of us were locked down.  Since then we’ve watched the pandemic ravage the world, ravage the United States.  At this point almost 300,000 have died, millions have tested positive and/or become ill.  For so many reasons related to the COVID pandemic this has been an historic year.  But that’s not what I want to talk to about tonight.

Tonight I want to talk about all of the other reasons we’re living in extraordinary times, truly there are so many amazing things happening that we’re not talking about because of the pandemic.  The first, is a really technical  item, it’s called CRISPR.  I won’t go all science nerd on you, but essentially it is a technique that allows us to really effectively edit genes.  This ability will lead to better genetic manipulation, the ability to turn particular genes on and off.  This type of work will allow for an array of new treatments for disease, has helped in defining genetic theory and has had some impact in the recent vaccine work.  There have been a lot of amazing discoveries in computing and bio-medical science.  This combination has just led to the world, albeit building off a lot of previous work, to develop a vaccine to a new human disease in less than a year.  This is nearly miraculous given the years to even decades it has taken to produce previous vaccines.

There have been amazing advancements in artificial intelligence and computing capability in the last couple of years.  These advancements, as previously mentioned, have assisted in greatly advancing medical technology.  Remote and robotic surgery has been demonstrated from thousands of miles away, we already discussed CRISPR and vaccine work.  Of course 5G speed wifi internet connections have also allowed for much of these advancements to be put into practical usage.  Artificial intelligence has advanced greatly and realistic discussions about the singularity are common, the singularity is the point at which computers become so smart they basically no longer need us.  Think Skynet, hopefully without the apocalyptic consequences.  But AI doesn’t always go the way we think it will, and one Norman, is a downright psychopath.  But AI’s are increasing the speed of scientific advancements in almost every scientific field.

In terms of space exploration a number of really amazing things are happening.  Finally, we are on the brink of sending a manned mission to Mars.  This will come on the back of a massive increase in private sector space missions.  This industry also has us on the brink of actual space tourism.  The first private manned mission to the space station has just occurred and you can already book reservations to go into near Earth orbit.  We have also made incredible progress in discovering exoplanets around stars, some of which may actually be habitable for humans.

To me, the single most exciting  thing happening in space exploration are the Voyager missions.  You see, both voyager missions have finally left our solar system.  In doing so they have discovered a sort of solar system barrier.  Now that they have passed that barrier, the heliopause, we are learning incredible things about interstellar space.

We are living through utterly amazing times and you don’t have to be a nerd like me to appreciate the wonder of the science happening all around us.  Tonight go out just after sunset and look to the southwest and you’ll see two bright stars very close to each other, what astronomers call a conjunction. The brighter of the two is Jupiter, the other is Saturn, right around the winter solstice the two stars will become what people are calling the Christmas star, as they will look to become as one and will be the brightest star in the sky.  This will be the closest conjunction in almost 800 years.  These can be seen with the naked eye, you don’t even need binoculars.  Tonight, you’ll be able to watch the Geminid meteor shower at over 60 meteors an hour after 10PM Eastern time.  What an amazing time to be alive, happy days for sure my friends. ~ Rev Kane

Michael Kane is a writer, photographer, educator, speaker, adventurer and a general sampler of life. His books on hiking and poetry are available in soft cover and Kindle on Amazon.
View all posts by Michael Kane →
This entry was posted in personal happiness and tagged AI, COVID, CRISPR, discovery, geminid meteor shower, happiness, historic times, science, singularity, voyager. Bookmark the permalink.