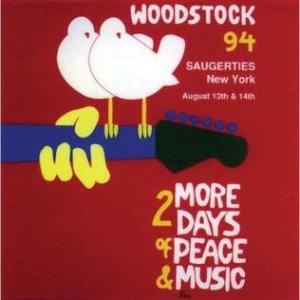 I’m going down to Yasgur’s Farm, Gonna join in a rock ‘n’ roll band,
Got to get back to the land, Set my soul free ~ CSNY/Joni Mitchell

So a new little writing experiment for the blog. I’ve been wanting to find a way to do some free writing as practice. And I’ve been wanting to capture the moments in my life that have brought me true happiness. I need that little pick me up right now with everything going on in the world and no real chance to travel. So, some writing about happy moments in my life, hope they bring you a little happiness too.

I had just finished my run the other night and got back in the car, plugged in my mp3 player and Crosby, Stills, Nash and Young was up and the song was Woodstock, one of my absolute favorite CSNY songs.  A song originally written by another artist I love, the magnificent Joni Mitchell.

I grew up near Woodstock and have a clear memory of when it was happening in 1969.  As a five year-old I knew my aunt was there, but what really caught my attention was the news coverage about the New York State Thruway.  You see, as a munchkin, the Thruway, which we took to NYC and to New Jersey to visit relatives, was my whole definition of a big highway.  And here was a newscaster showing aerial footage of cars parked on the highway as he informed the world that the New York State Thruway was closed.  This was an utterly inconceivable idea to my young brain.  It also may be the reason I’ve always been into Arlo Guthrie’s music, you see he has a very famous quote, in his twangy voice from the stage at Woodstock, “Can you dig it, the New York State Thruway is closed man.” 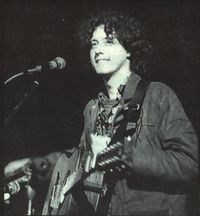 So, having been to the site many times during my life, when they announced the anniversary concert in 1994 I had to go.  My intrepid friend Rich opted to join me on the adventure.  I forget the cost, but in the spirit of the original event, I refused to buy a ticket and we decided to make the trip.  We got a ride down near event, the State Police had shut the roads near the event to all but ticket holders and residents.  So we slipped off the road and hiked down the train tracks to get past the blockade.  After getting back up to the highway, we hitched a ride with a couple of throwback hippies in their van, they were also heading to festival.  We ate sandwiches they gave us and had a couple of beers with them.

We rolled up to the venue around sunset and took in the situation.  Security was being really diligent about checking tickets, which were in fact these long white wrist bands.  So we came up with a plan.  In my little first aid kit I had scissors and white medical tape which was pretty close in color to the wrist bands.  So we started volunteering to snip off the inconvenient extended pieces of peoples’ wristbands.  Then we constructed fairly convincing fake wrist bands for ourselves.  We eventually made enough for the four of us that were hanging out together as it was starting to get dark.  We figured going to the gate in a crowd and in the dark was our best shot of getting in.

The security set up for the venue was a double lined chain link fence that separated the public from the ticketed area where the festival was happening.  There was even a little stream that ran between the two fences.  As we were getting ready to put our plan into motion I went over by a secluded part of the fence to take a leak and when I got over there I noticed that someone had actually cut a whole in the fence.  It was fully dark at this point, so I popped back over and let everyone know we had a way in.  We quickly headed over, slipped through the first fence, splashed through the stream, went up a little hill and scaled the interior fence.  Boom, we were in.

We spent the first night walking around, listening to bands at the different stages and generally just reveling and being amazed by the size of the crowd.  Since it was a camping event and we didn’t have a tent, (we had to travel light), we just had bedrolls.  We decided to get something to eat and find a place to crash for the night.  Eventually we found some green space between a few tents and dropped our bedrolls.  It had been an exciting day and we were beat.  Even with the noise and chaos, it was calm enough where we were and we dropped off to sleep.

Wow, look how young I was.

When we had crashed for the night we hadn’t seen anyone in the tents next to us and as you can see from the picture above we were packed in pretty tight.  As the sun and the noise came up people started to emerge from their tents.  Rich and I were wedged between the entrances to two tents.  The first tent was a couple from Japan, they spoke very little English but were friendly and kind and fed us Kit Kat bars for breakfast.  From the other tent a guy emerged and shared in the Kit Kats and started to chat with us.  He was at the show with his girlfriend selling t-shirts.  His claim to fame was that he was in fact, Max Yasgur’s grandson.  Max Yasgur’s farm was the site of the original Woodstock festival in 1969.  He was a great guy and both he and his girlfriend were super friendly and gave us a couple of bottles of water.

The weather forecast was for rain and Rich and I planned to at some point during day 2 of the festival to take off if it looked like weather was coming in.  The lack of a tent made the idea of sleeping in the rain not real appealing.  So we started to wander the grounds and it was a great day, constant music, constant madness, crazy people everywhere.  It was the days of MTV and they were everywhere, we even were present for one of their VJs, Kennedy, doing a live remote for the network.  But without a doubt my highlight at the festival was when I went looking for a porter potty.  On the way back there was a scraggly looking dude sitting on the ground playing guitar.  He was really amazingly talented so I stopped to listen when I noticed that he’d scrawled a note on a paper plate propped up next to him, “Hi I’m Joe Walsh.”  And it was, here was the front man of the James Gang, a guitarist for one of my favorite bands, the Eagles.  It was amazing, he was just hanging out in this little corner of the festival playing guitar, just wanting to be part of it all like I did.

It had a been a great day, and as often happens to me at huge events, I ran into someone I knew.  My friend Lori who I had worked with at a supermarket and her husband I had known were at the event.  And sure enough, I suddenly heard my name and Lori threw her arms around me.  During the day, security, like at the original festival, had given up on gate checking tickets.  So of course ingenious folks had started heading into town and buying wagons full of booze and bringing it back in.  Prior to that point there had obviously been drugs, but not much booze in the venue.  Things had also been pretty peaceful, but drunken festival goers would obviously start to change that vibe.  In addition, the skies were growing dark.  So we made the call to head for my mom’s house a little over twenty miles away.

We started hiking out of town and eventually caught a ride north in the back of a pickup truck.  The driver was willing to drop us about 5 miles from my mom’s place.  Just as he dropped us off the skies opened up and it started to pour.  We walked a couple of miles in the rain and then were able to get a ride back to my mom’s place where our cars were parked.

The scenes of the mud pit that the festival turned into are probably the most famous images of the Woodstock 94 festival, Green Day famously got into a mud fight with the crowd during their performance.  To be honest I’m happy to have missed that part, because things got a bit out of control during the mud and rain and buckets of booze that poured into the festival.  But my memories of this little festival are precious, this was one of my earlier adventures and it just fueled my desire to always find ways to bring a little adventure and extra happiness into my life. ~ Rev Kane

Michael Kane is a writer, photographer, educator, speaker, adventurer and a general sampler of life. His books on hiking and poetry are available in soft cover and Kindle on Amazon.
View all posts by Michael Kane →
This entry was posted in Happiness is Music, Happiness Moments, personal happiness and tagged adventure, festival, happines moments, happiness, MTV, music, woodstock, woodstock 94. Bookmark the permalink.