Himalayan Travelogue, Part 11 – In the Land of Na & Gokyo

Himalayan Travelogue, Part 11 – In the Land of Na & Gokyo 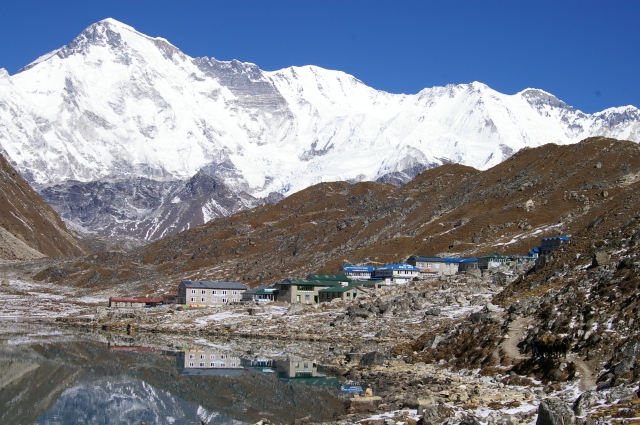 Gokyo, with Cho Oyu in the background

The morning was spent making the trek back down from Dingboche to Phortse, retracing our steps once again to meet up with my little beard pulling friend. A nice night back in Phortse but the lodge is crowded, the snow has created some log jams both going up and coming down the trails. Being at a lower altitude feels amazing especially when just days before this was the thin air we were getting used to.

The next morning we said goodbye to one of our group who was sick and would be heading down to Namche and then the rest of us hit the trail moving up again. The trail to Na was by far my most difficult trail of the entire trek. I don’t like exposed trails, I mentioned that earlier and on the trail to Na we spent a very large portion of our seven hours of walking on the edge of about a 1000 foot drop off, with the trail winding out around outcroppings and the conversation for most of the day unfortunately centering on the guy who disappeared on this trail the year before.

The physical part of the walk was not an issue, it was the mental drain of having to focus so intensely on where to put foot after foot after foot. By the time we reached the river drainage that led up to the lodge at Na I was spent, the last half hour was a long slow slog. The high point of the day as well as the most embarrassing moment was watching a 50-something grandmother come up over mountain trails carrying her 4 year old grandson and moving at least as fast as I was, it put things into perspective.

The lodge at Na was a bit of a throwback to old trekking days, the outhouse was well outside of the lodge and a good distance away, the Yak dung stove smoked up the lodge and the rooms were chilly and our Yaks were huddled up against our window. However like the rest of the region it was beautiful, the shot below is the trail coming up the valley. 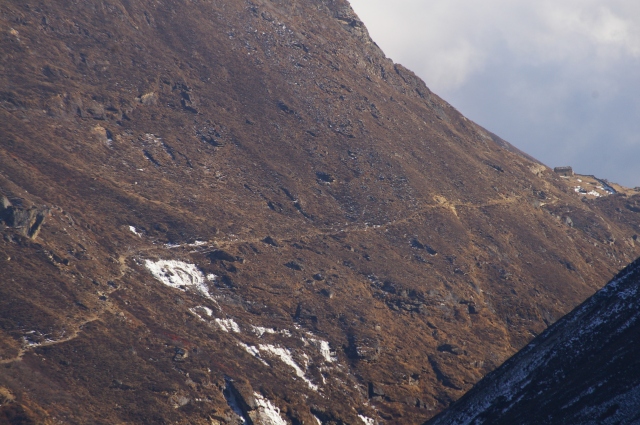 Looking back at the trail to Na

We lit out of Na, across the river and started upward again toward the Gokyo Valley, saw what were quite possibly snow leopard prints in the snow, very cool. We took a rest stop at the entrance to the Gokyo Valley on a little bridge over a raging river. I had been looking forward to seeing the valley, there are five sacred lakes in the Gokyo Valley and we quickly came upon the first. It looked a bit like a damned up wide spot in the river but was absolutely beautiful set against the snow. A little further up the valley we came to the second lake and it was magnificent, the lake is long and over a 100 feet deep. Looking back down the valley from the head of the lake and my favorite peak was gleaming in the sun, this instantly became my favorite spot in Nepal.

We spent a little time resting by the shore of the lake and then made our way up to Gokyo and the third lake. The view of Gokyo (15,700 ft) was awesome.

The third lake was like a small Lake Tahoe set in the Himalayas, the lodge we were staying at sat up over it with a magnificent view and had attached with it the outhouse with the best view in the world.

The lakes as I mentioned were sacred lakes so there is no one in boats or in the lake in any way. The lakes remain perfect and calm framed against the snow covered shores of Gokyo Ri (17,585) and in the shadow of Cho Oyu one of the world’s highest mountains at 26,900 feet and pictured below.

We had a rest day in Gokyo and I spent the day shooting, here’s a sampling enjoy. 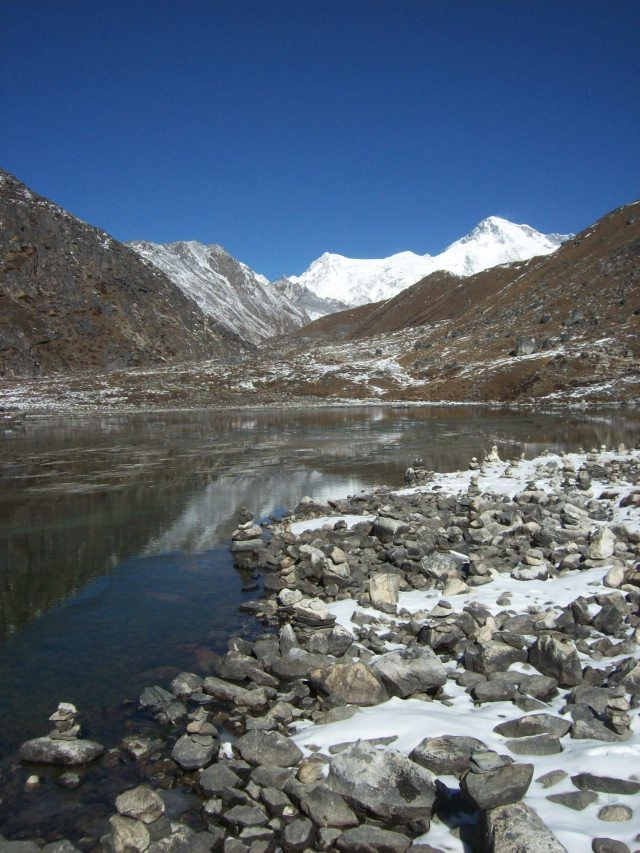 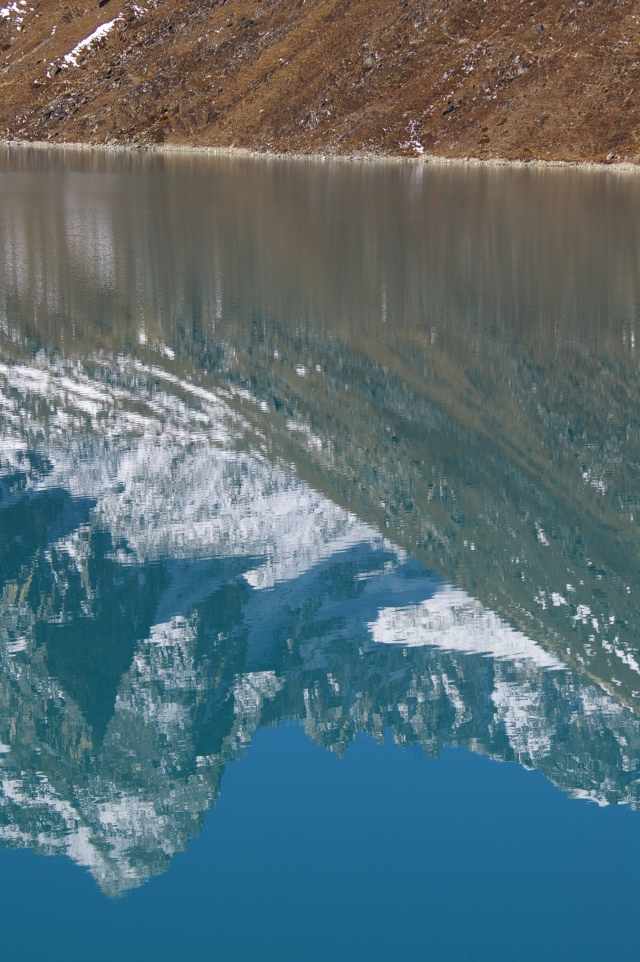 Michael Kane is a writer, photographer, educator, speaker, adventurer and a general sampler of life. His books on hiking and poetry are available in soft cover and Kindle on Amazon.
View all posts by Michael Kane →
This entry was posted in Appalachian Trail (AT) Happiness and tagged adventure, backpacking, bucket list, everest, happiness, hiking, himalayas, lake tahoe, photography, trekking. Bookmark the permalink.

1 Response to Himalayan Travelogue, Part 11 – In the Land of Na & Gokyo