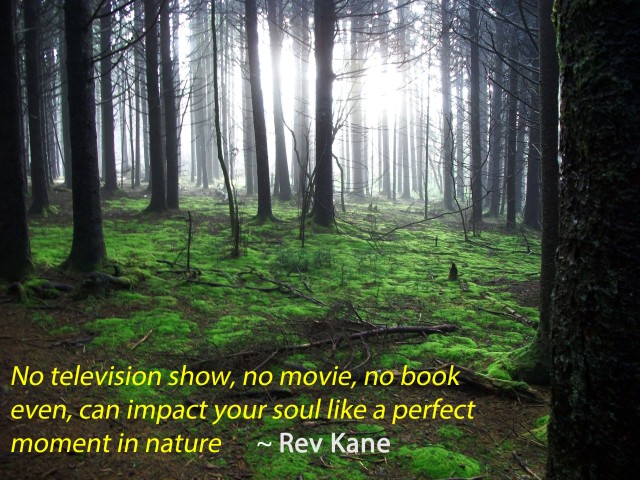 So as readers of this blog are aware I completed 1000 miles on the AT last year before a knee injury ended my adventure.  One of my primary goals in attempting to do a thru-hike was to get enough material for the book.  I’m happy to say that as of this week I’ve finished the first rough draft of the book.  The work is far from over as I start the editing and re-editing process and then work through the publication process.  But, as a thank you for the support I have received while I’ve been working on the book, I wanted to put this out plus a couple little snippets that I hope you’ll enjoy.

Four Trolls on a Bridge

So today on the trail at a point where the trail crossed a little stream over a footbridge, a tall, pretty younger, blonde woman came down the hill. There she found four older sweaty hikers taking a break by the stream. She smiled and said in the sweetest little southern drawl you’ve ever heard, “look, four trolls on a bridge.”

It was said in good humor and we laughed. She stopped and chatted for a few minutes, she lived nearby and was out for a day hike. Of course after a month on the trail, almost anything she said would have been charming.

As she walked by I found myself slightly enchanted. I began to think about the river scene from Brother Where Art Though. I wondered if she was a land siren and if I followed her up the trail, would she perhaps turn me into a toad? Such is life on a hot sunny day on the Appalachian Trail.

What are the three questions? What was the most beautiful thing I saw (encountered) today? What did I learn today? What made me happy today?
These questions were created for a couple of purposes. First, I have always been frustrated by the fact that when I travel I fall behind in my journaling then end up trying to catch up and often end up missing days during the trip. I wanted a way to capture each day in a way that I would even be willing to complete at the end of long days when I was tired and a method that would be to easily catch up if I missed a day. The three questions fit that criteria but also served an additional purpose, by recording these positive thoughts at the end of the day they act as a reminder, even on the really hard days, that good things were happening every day. And because I knew I would be answering these questions at the end of the day, it made me think more about and focus on the beautiful, happy things that I encountered throughout the day. I changed the first question from the original beautiful thing I saw each day, to the most beautiful thing I encountered. Sometimes the most beautiful thing was a sound, a smell or an act of kindness.

March 4th – My first day on the Appalachian Trail, pre-Springer non-counting miles. The most beautiful thing that I saw was an absolutely Tolkeinesque spot on the trail. I came around a corner and over a small rise to encounter a set of stone steps that were surrounded by bright green moss and ferns. Like a small piece of Middle Earth in the fog. I learned that day that five miles on the Appalachian Trail with a forty plus pound pack is possible. What made me happy was just finally being on the trail, after months of preparation and thinking about it, after quitting my job, traveling across the country and making my way to Georgia I was finally doing it. That and the presence of my good friend Jim Cooper who met me at the Len Foote, Hike Inn and hiked me in on my first day. All in all a fantastic day! 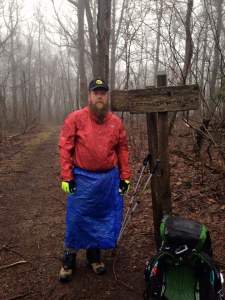 March 5th – Springer Mountain, first actual countable miles on the trail. The most beautiful thing I saw was the summit of Springer Mountain, mile zero. The view was foggy and cold, I met my first thru-hikers on the summit and two trail angels I’d met at the Hike Inn. The day would turn from cold and foggy to cold and rainy, I hung out at Stover Creek Shelter trying to decide whether or not to sleep in the shelter. Every time I started to leave the rain kicked up harder. Finally, knowing I wouldn’t sleep comfortably in the shelter I pushed on and set up my hammock in the forest at a place called three forks. The rain had changed over to sleet as I set up and what I learned was that even under completely terrible conditions I could set up camp and stay warm. Everything made me happy that day, the beauty of the first real day on the trail, the hard walking with too much weight, setting up in lousy weather, crawling into the hammock, even all of the noises I heard at night that I was sure were bears coming to eat me, every bit of it made me happy, I was finally on the trail. 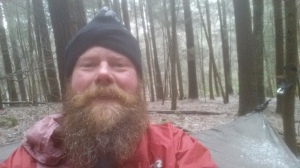 My first night on the trail

My favorite AT photos from 2015

Michael Kane is a writer, photographer, educator, speaker, adventurer and a general sampler of life. His books on hiking and poetry are available in soft cover and Kindle on Amazon.
View all posts by Michael Kane →
This entry was posted in Appalachian Trail (AT) Happiness and tagged appalachian trail, AT, backpacking, happiness, hiking, springer mountain. Bookmark the permalink.