A Day in the Farallon Islands

Posted on November 11, 2019 by revmichaelkane

A Day in the Farallon Islands

In nature, light creates the color.  In the picture, color creates the light. ~ Hans Hofmann

When I was a child, I saw a book on one of the end tables in my house that my mother was reading.  I asked her about it, and then if I could read it, it was called Jaws.  The book was fantastic, a spectacular book by Peter Benchley which a few years later would become, at the time, the most popular movie in history.  I remember in my home the posters going up, week after week, Jaws held over for 2, 3…20 weeks.  It was the first great summer blockbuster of my life.  I was also a Jacques Cousteau fan and watched every ocean TV special that I could see.  I fell in love with the ocean, I would later train as a biologist and ecologist.  I’ve been doing whale watch cruises for over 30 years.  Whales and sharks are two groups that I’m absolutely fascinated by and love, I’ve even done a whale shark dive at the Atlanta Aquarium.

Now that I live near San Francisco I’m back to a place where whale watches are plentiful.  I live an hour north of the ports for the Monterey Bay whale watching fleets.  I also live within 30 minutes of numerous cruises that leave out of San Francisco.  As such I investigated my options and found a way to possibly engage both of my loves.  A trip with the Oceanic Society cruising out to the Farallon Islands, which this time of year includes lots of sea mammals, whales and of course great white sharks.

Now unfortunately, I didn’t see any great white sharks, it would be an incredibly rare sighting if we had but we did see evidence they were there.  At one point a California Sea Lion launched itself completely out of the ocean.  Likely that meant it was being chased by a shark.  Unfortunately we never saw a dorsal fin, or any sharks passing near the ship. 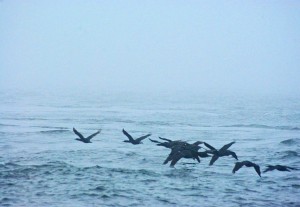 The cruise was really fantastic, the water was rougher than had been expected, so I got pretty wet a couple of times from ocean spray. But in general it was a wonderful, foggy day and as we came back in the fog broke, the sun came out and inside the bay things were pretty calm.

Out of the boat, we saw harbor porpoises, sea lions, lots of birds, a small blue whale, likely only about 60 feet long and a bunch of humpbacks.  Including one that did six full body breaches as we watched.  All in all a seven hour wonderful day, enjoy the photos below. 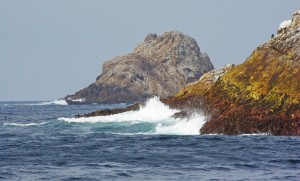 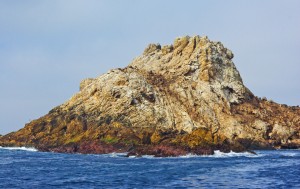 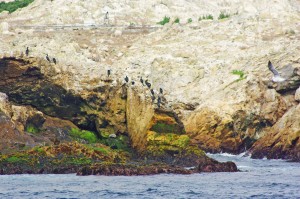 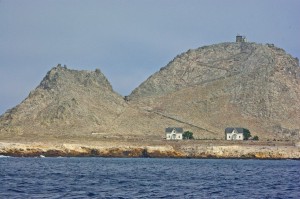 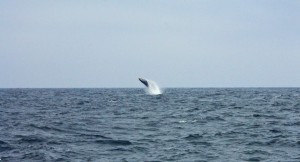 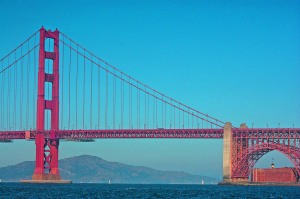 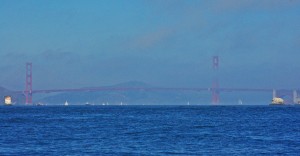 Reverend Michael Kane is a writer, photographer, educator, speaker, adventurer and a general sampler of life. His most recent book about hiking and happiness is Appalachian Trail Happiness available in soft cover and Kindle on Amazon
View all posts by revmichaelkane →
This entry was posted in Happiness is Adventure and tagged adventure, humpback whales, nature, ocean, photography, sharks, whale watch, whales. Bookmark the permalink.

2 Responses to A Day in the Farallon Islands