Overcoming Demons to Be Happy

Overcoming Demons to Be Happy 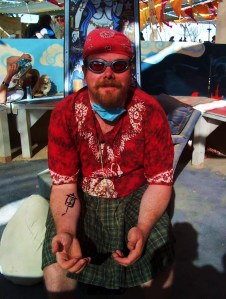 Today is a very special day for me my friends, it’s an anniversary for me, a pretty significant one, it’s the anniversary of the beginning of  me overcoming demons and finding a way to be happy.  You see today I have been clean and sober for 33 years, clean and sober in the photo above as well, just because I’m not loaded anymore doesn’t mean I’m boring.  This also should go a way to dispelling the idea that everyone at Burning Man is on drugs.

I want to be very clear, I was never a physiological alcoholic or addict, I’m fortunate in that respect.  My addiction was purely psychological, I was using drugs and alcohol as a way to escape from my life.  Becoming clean and sober means I climbed a hill, but nothing compared to the hill millions of physiologic alcoholics and addicts climb every day.  My struggle was initially hard but in many ways it’s over, for them, they climb that same hill over and over, day after day and they always will.  I have more respect for addicts and alcoholics in recovery than I can ever convey.

For me my thirty-year anniversary means that I’m no longer loaded day after day as I was from around October 1982 until June of 1984.  I have not been perfect in my thirty-years, I’ve been drunk from time to time, I have the occasional drink, I even had some mushrooms one night a couple of years ago and fittingly ended up on a very bad trip.  But, I don’t feel the need and most importantly when I’m angry, upset or sad my first thought is not to get drunk or loaded.   I have to admit to still wanting to do hallucinogens, I do miss them but it always seemed to me it needed to be an all or nothing sort of decision.  Recently, I’ve started to consider that I might have to lift that particular prohibition once I turn 60 should I be fortunate to live that long. 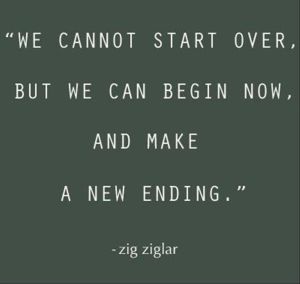 The time to be happy is now

As I have shared in another post, recently a friend from high school who I hadn’t seen since graduation said to me, I’m glad you can be happy now.  I wasn’t happy in high school, hell I hadn’t been happy for sometime at that point in my life.  Something almost no one knows, when I was 15 I pointed a loaded shotgun at my chest and tried to pull the trigger, I couldn’t.  So I went on living fairly miserably, then once I left home and went to college I was fully able to escape in every sense of the world.  My choice of vehicle was initially booze and then I moved on to marijuana and LSD.  One unfortunate night I even did PCP by accident, a joint had been laced, it was a very crazy night.

To be a bit of a cliché my life spiraled, I got kicked out of college, faced the embarrassment of returning home a failure.  Suffered some pretty heavy psychological abuse from myself and others and eventually squarely hit rock bottom.  It was at that point that I realized how lucky I was, I wasn’t dead, I had a chance to change my life. 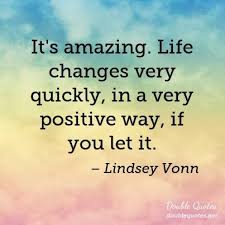 Finding a way to be happy

After hitting rock bottom, the first part of the journey was of course self-analysis.  I’ve always envisioned my inner self as a brick house and I ripped it to the ground and took each and every brick and decided whether or not to keep it.  The process took months and on the other side of that process I started rebuilding my life.  I went back to college and have been moving forward ever since.  The slowest part of that process was finding a way to be happy.  I’ve suffered a lot of emotional ups and downs over the years and some pretty hard bouts of depression.  The best tool I found for myself was to write, I began writing about my thoughts and feelings, found my way eventually into writing poetry and it was in poems that I was finally able to really release the energy, the negative energy I held inside me.

It was still a few more years before I started really looking at the idea of happiness and the field of positive psychology.  The final step in this process for me my friends was the creation of the Ministry of Happiness and the Church of Abnormal Acceptance.  So you see my friends you are doing just as much for me, as hopefully I am for you.  It’s my anniversary of me overcoming demons to be happy and I’m proud of the ground I have covered but it has become far more important for me to help others cover that same ground.  So extend a hand and I’ll do my best to help you have a happy day my friends, and I do it in gratitude because helping others in the end, helps me. ~ Rev Kane 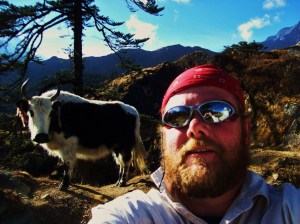 Other Posts about Finding a Way to Be Happy!

Believe in Yourself and Be Happy

How to Change to Be Happy

Michael Kane is a writer, photographer, educator, speaker, adventurer and a general sampler of life. His books on hiking and poetry are available in soft cover and Kindle on Amazon.
View all posts by Michael Kane →
This entry was posted in personal happiness and tagged a way to be happy, addiction, alcoholism, be happy, burning man, depression, happiness, overcoming demons. Bookmark the permalink.

2 Responses to Overcoming Demons to Be Happy