Posted on October 29, 2018 by revmichaelkane

‘Grok’ means to understand so thoroughly that the observer becomes a part of the process being observed — to experience.
~ Dr. Mahmoud (Robert A. Heinlein, Stranger in a Strange Land)

I finally feel like I’m here in Oaxaca City now that I’ve checked into the space I’ll be living in for the first two weeks.  My plan here is pretty simple, two weeks of playing tourist and getting my bearings.  Then four weeks of language school to improve my Spanish language skills while living in my second space.  Right now I have a room in a courtyard with a shared kitchen and bathroom.  Space number two is a full apartment all to myself.  During this period of time I plan to get a bit of writing done, there are things hanging out there that I need to get to.  Primarily my next book of poetry, work on a website project, digging into some fiction projects and my next non-fiction book.

So I’ll be in Oaxaca for at least six weeks, a few weeks in I’ll decide if I want to extend this trip into February or make a move sooner somewhere else.  My initial impressions of Oaxaca is that it is a lovely city.  There certainly is an emphasis on food, art and music so we have that in common.  The town is ramping up heavily for the Dia de Los Muertos festival with decorations going up everywhere, people in costume are on the streets heading to parties and all of the little kids are dressed up.  I love this holiday so much.

I have to admit to a certain weariness at the moment.  I’m not sure if it’s just having had so many nights on so many variable sleeping surfaces or being so many consecutive nights on the road.  More likely it is that on this adventure I’ve spent more time in non-English speaking countries than I ever have before.  It adds to the stress I talked about the other night.  So it will be a careful decision about whether or not I will extend my six weeks in Oaxaca to ten or to move on.  Either way I am really determined to improve my Spanish skills, it frustrates the hell out of me not being able to easily communicate with people.

So I picked tonight’s title and quote very purposefully.  If you have not read Robert Heinlein’s Stranger in a Strange Land you really should.  Most people know the saying but have never read the book.  It is all about a Martian to who comes to Earth in an attempt to Grok earthlings.  I really feel like the Marian right now, trying to Grok everything about Oaxaca.  Especially at the moment, why they have been firing rockets from our neighborhood for the last 48 hours.  They fired them until midnight or so last night and started again at seven this morning.  Think of bottle rockets on steroids, the big boomers without the sparkles from fourth of July.  The concussions have at times been significant enough to set off all the car alarms on the street.  Oaxaca – 1, me groking – 0 at this point.

So far there are four primary reactions to me by people here.  At least 50% pretty much ignore my existence, just another tourist, nothing to see here.  Of the other 50% I get three primary reactions.  The least frequent and most disturbing are the occasional men who just glare at me, they are definitely anti-gringo at every level, one guy stared at me for a third of a block, I didn’t make eye contact but it’s a weird reaction.  Not one that really makes me feel unsafe, but a tad bit unsettling.  The second, is utter fascination.  I get this a lot from little kids.  I think this has a little to do with being a gringo and a bit about size and facial hair.  My friend Larry who has spent some time in Oaxaca made a comment about Oaxacans that has stuck with me, he said, gleefully, “they are so tiny!”  He’s right, the further you get from the tourist section of two the lower the average height gets.  Without exaggeration I have walked by a whole lot of four-foot full-grown adults, especially older folks.  One lady was working at a booth with her six year-old granddaughter and the kid was only about two inches shorter than her grandmother.  So a nearly six-foot, two hundred pound bald man with gleaming white skin and a beard is definitely a bit of an experience, especially for the munchkins.  The third reaction has been utterly friendly.  The women I met at the airport, the folks at my first night’s hotel, my Air BnB host, random smiling folks on the street and some folks at the grocery store.  The usual question, in English is to ask where I’m from, when I say California they all expect me to be from LA.  I think they get a lot of Angelinos in Oaxaca.

The food so far has been good, I’m just getting out but have been eating a lot of fresh fruit and vegetables from the markets and tonight for dinner had my first of the many, many moles they make here.  A little mole verde with pork, it was quite good.

By the way, why are the rest of the world barbarians when it comes to salsa.  Since arriving in Mexico not once have I gotten a bowl of salsa that didn’t come with a tiny serving spoon in the bowl.  Really puts an end to the disgusting double dipping that so many people do.  Okay, tangent over.

So, below are a series of photos from the last couple of days, about a third of what I’ve shot already, it’s going to take me months to catch up with all of you on photos, so you’ve got that to look forward to.  Enjoy and have a happy day my friends.  ~ Rev Kane 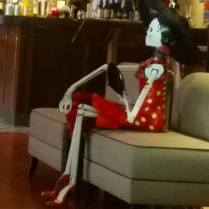 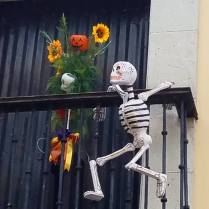 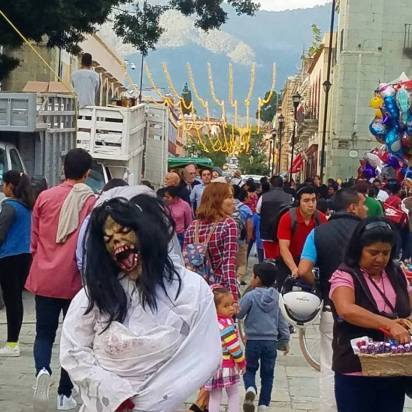 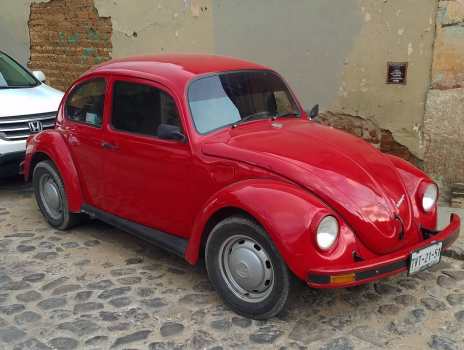 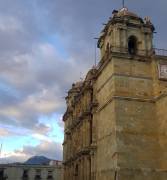 Reverend Michael Kane is a writer, photographer, educator, speaker, adventurer and a general sampler of life. His most recent book about hiking and happiness is Appalachian Trail Happiness available in soft cover and Kindle on Amazon
View all posts by revmichaelkane →
This entry was posted in 2018 Adventure, personal happiness and tagged adventure, art, be happy, dia de los muertos, food, happiness, mexico, music, oaxaca, travel. Bookmark the permalink.